Beyond The Cave Recap: A Peek Into Mississippi's Creative Scene

What happens when creativity, colors, catchy bars and the ingenious Nick Cave collide in the deep corners of Jackson, MS?

2020 has started off on a great foot, and it has been no small Feat. 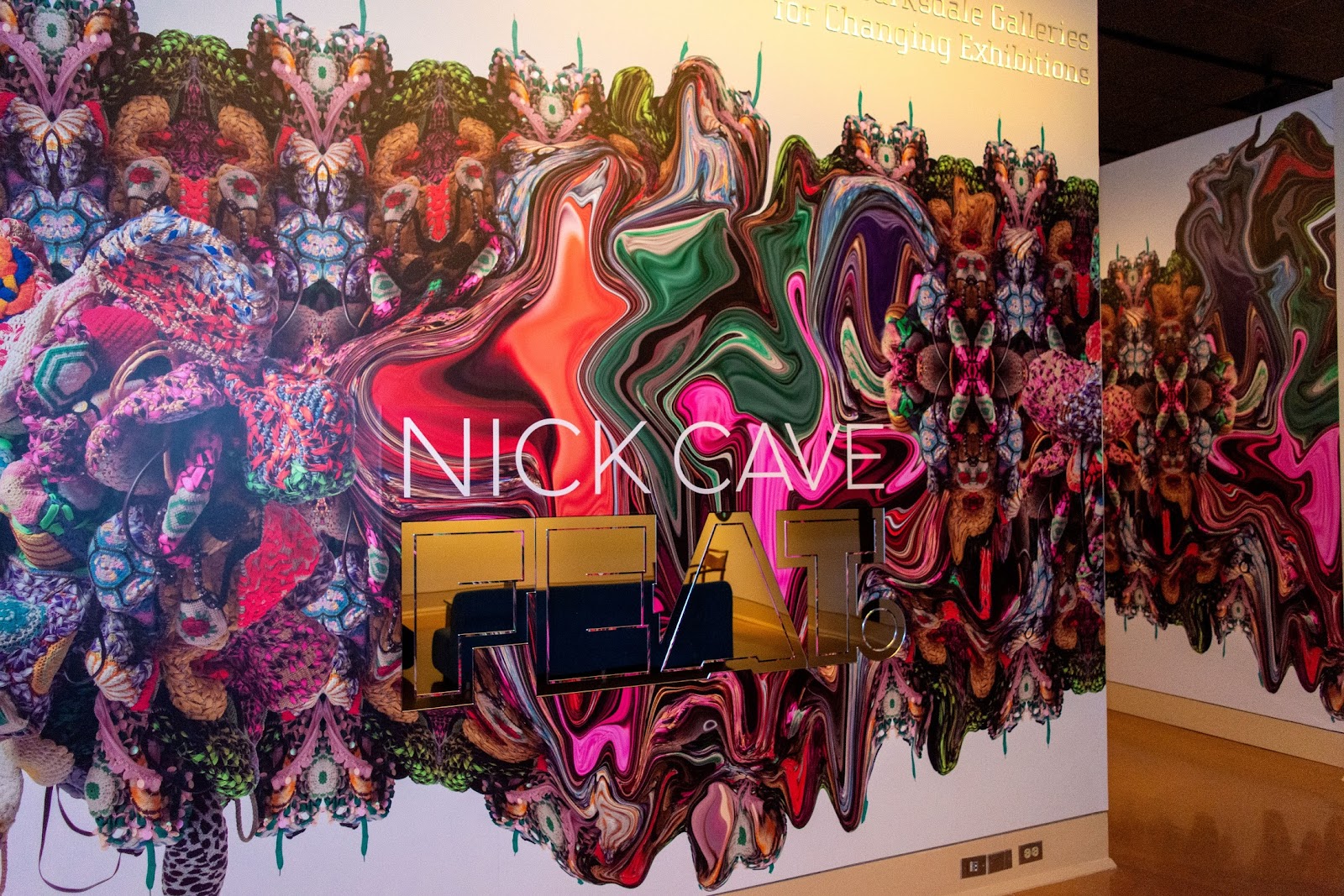 For visionary, Jasmine Williams, Creator of Sipp Talk, Videographer/Designer, MDub, Vitamin Cea, and Poet Neo Soul; their Call and Response at the Mississippi Museum of Art on January 18, 2020 reigned in designers, photographers, MC’s and creatives for a night of unexpected, whimsical, black brilliance.

“Nick Cave (b. 1959) produces work in a wide range of mediums, including sculpture, installation, video, and performance. His creations, bursting with color and texture, are optical delights that can be enjoyed by audiences of all ages and backgrounds. A deeper look reveals that they speak to issues surrounding identity and social justice, specifically race, gun violence, and civic responsibility. His trademark human-shaped sculptures—called soundsuits because of the noise made when they move—began as a response to the beating of Rodney King by policemen in Los Angeles more than 25 years ago. As an African-American man, Cave felt particularly vulnerable after the incident, so he formed a type of armor that protected him from profiling by concealing race, gender, and class. Along with broadcasting an increasingly urgent call for equity, Cave wants his art to spark viewers’ imaginations and aspirations.”

Here’s a recap of Nick Cave’s installment + the untouchable minds that actuated his intricate yet intriguing works. Models were transformed by local Mississippi makeup artists Erica Sutton and Christine Cody. There were approximately 15 models, all of which had their own unique style, hair and makeup inspired by Nick Cave’s soundsuits. When everyone joined the room, a bigger picture was evident. Let’s rewind...Three months leading up to the big event on January 18, 2020, life was uncertain for these pioneers as it was like trying to juggle life on a balance beam. But the power of sisterhood was a force to be reckoned with... together the dawn of the Mississippi Renaissance was upon us. 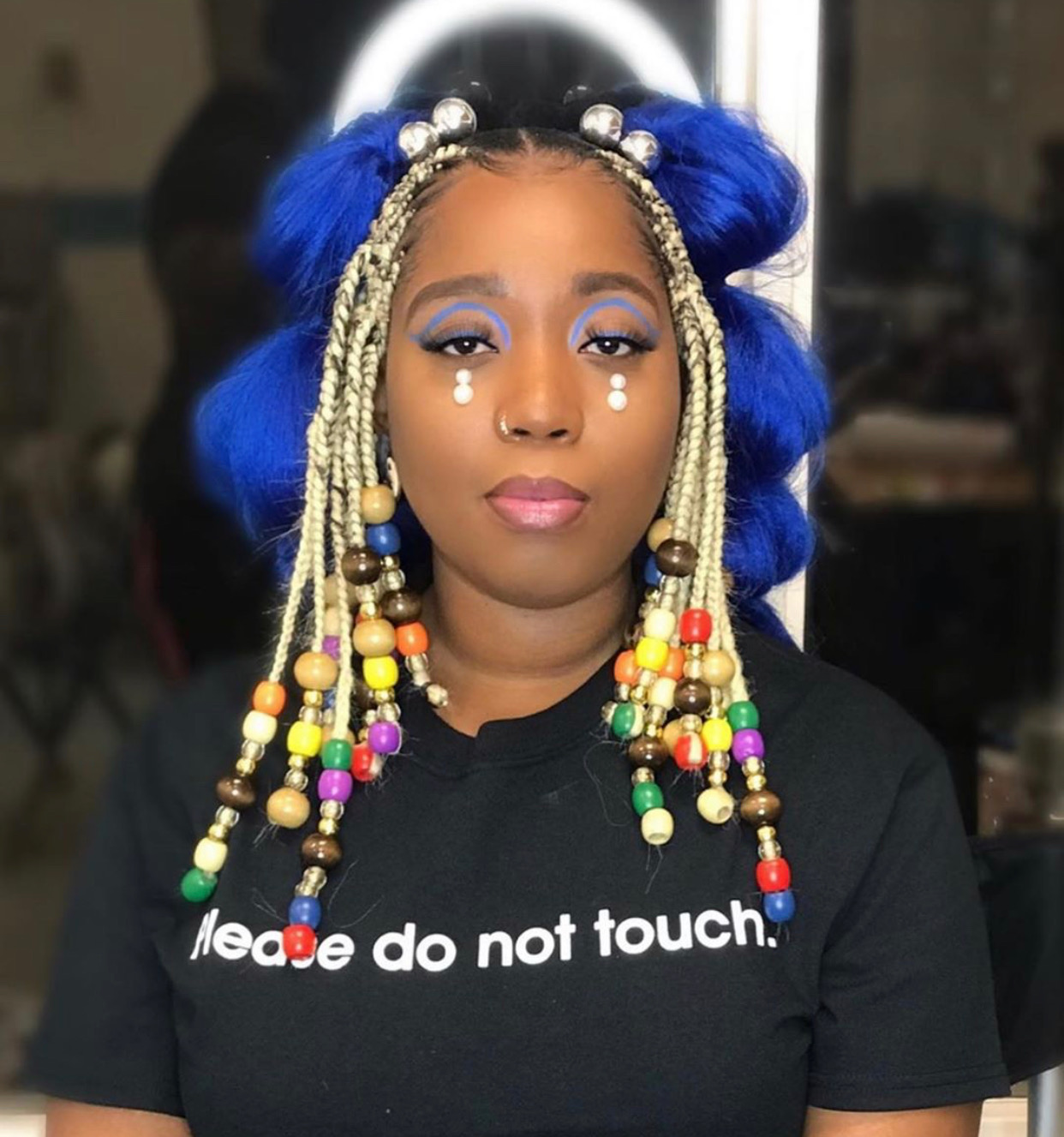 Sipp Talk’s call and response was not only a conversation about the art; but it was a call to action for kinfolk from all over to defend their right to be viewed AS art. In the words of Ms. Williams (pictured above) “Nick Cave’s Art is a mirror for us all, showing us that we ARE art.”

Thanks to Creative Director, Alexis Noble, models were handpicked straight from Mississippi and got an opportunity to be revered as art by community leaders.

Here’s a peek into the culture: 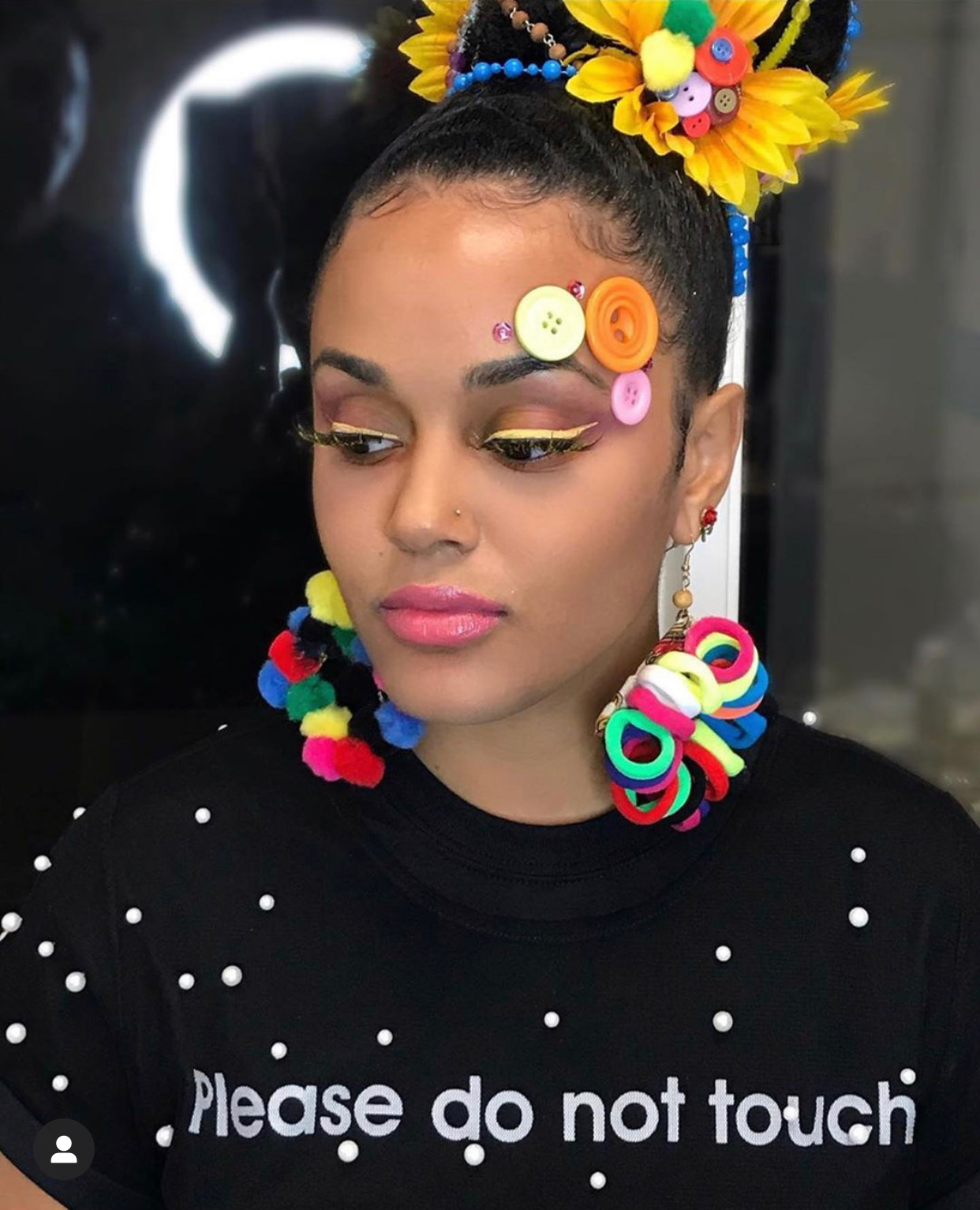 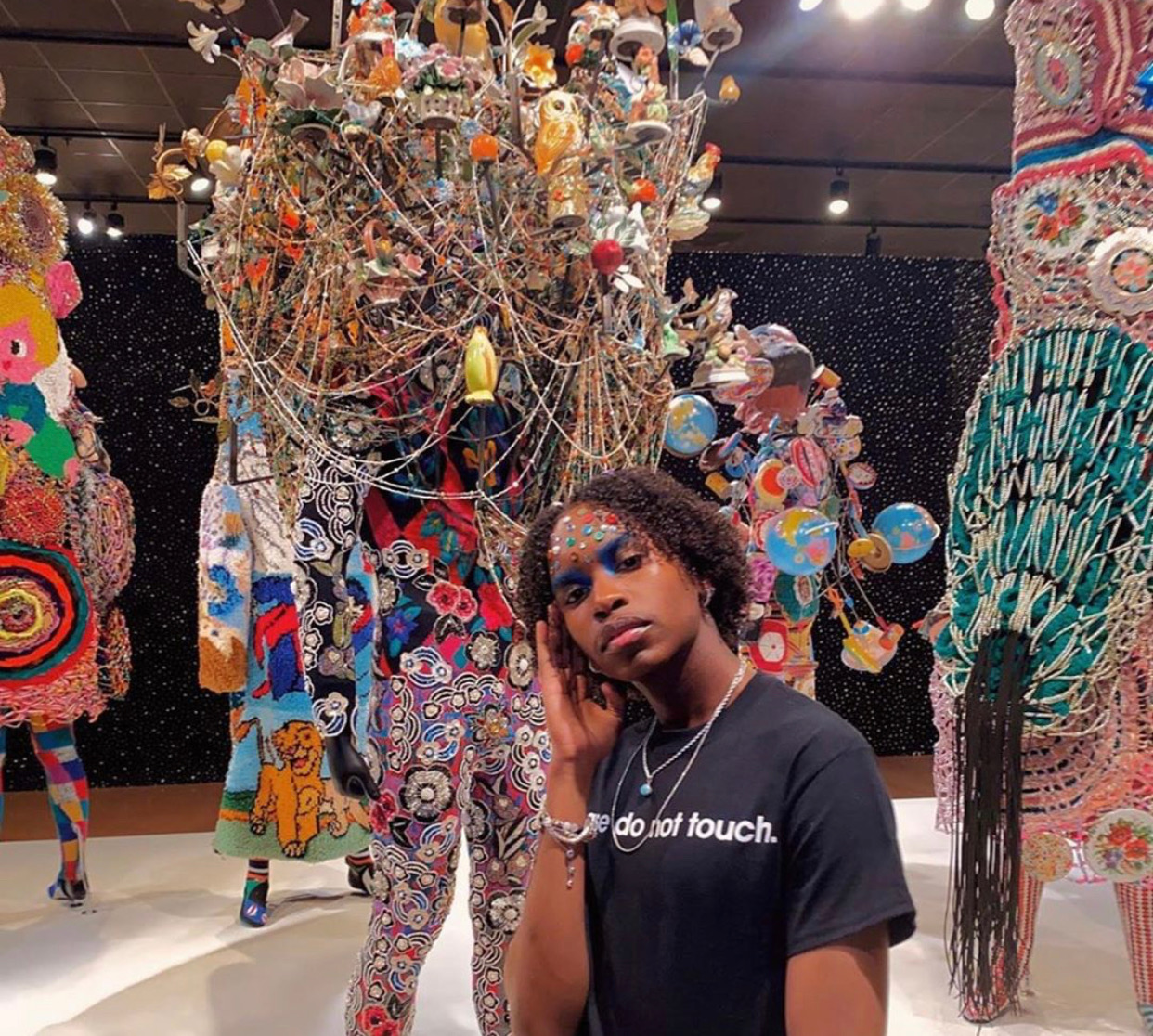 Cave inspired Mississippi creatives to be bold and unapologetic, to command respect, and to never be afraid of being a black spectacle in white walls. 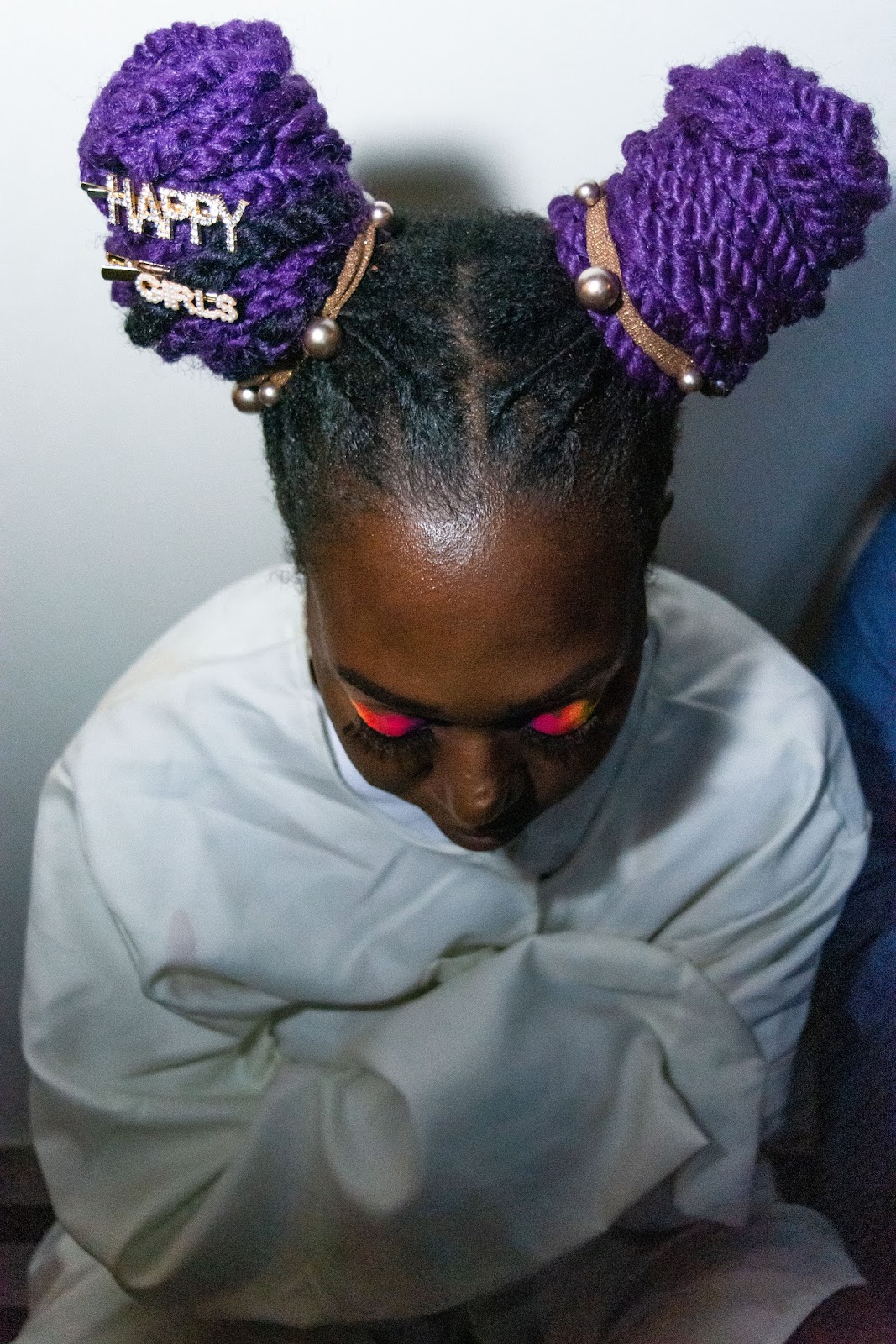 As Jasmine led the march throughout the museum, the audience got a chance to stop at each exhibit. First stop was Cave’s Blot - a visual performance of a black soundsuit enclosed by a white backdrop, served as a stage for MC Vitamin Cea and songwriter Flowerchile, performed “A.D.P.T.S.D.”, a beautiful and poetic song that correlated with what Cave portrayed through the artwork. 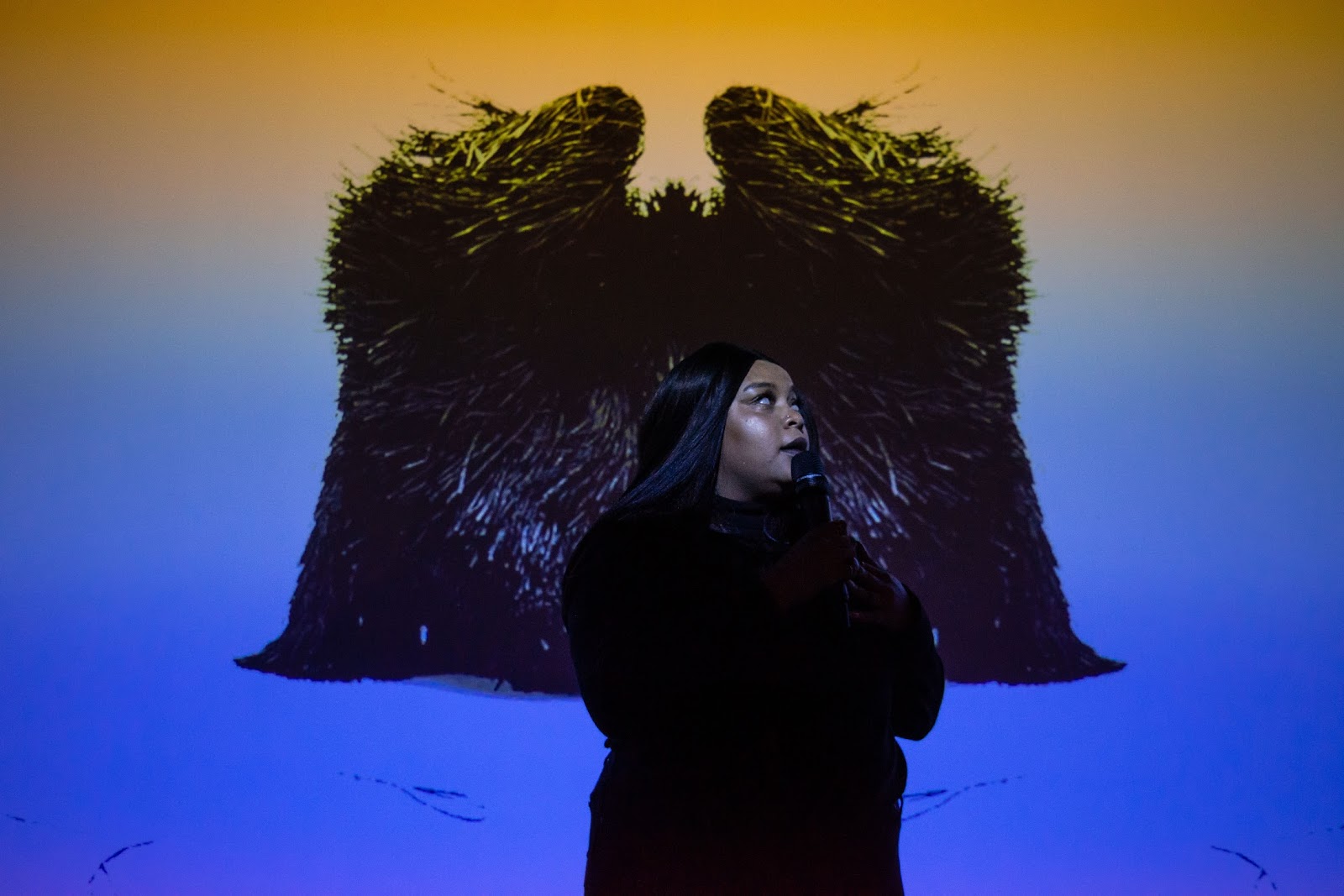 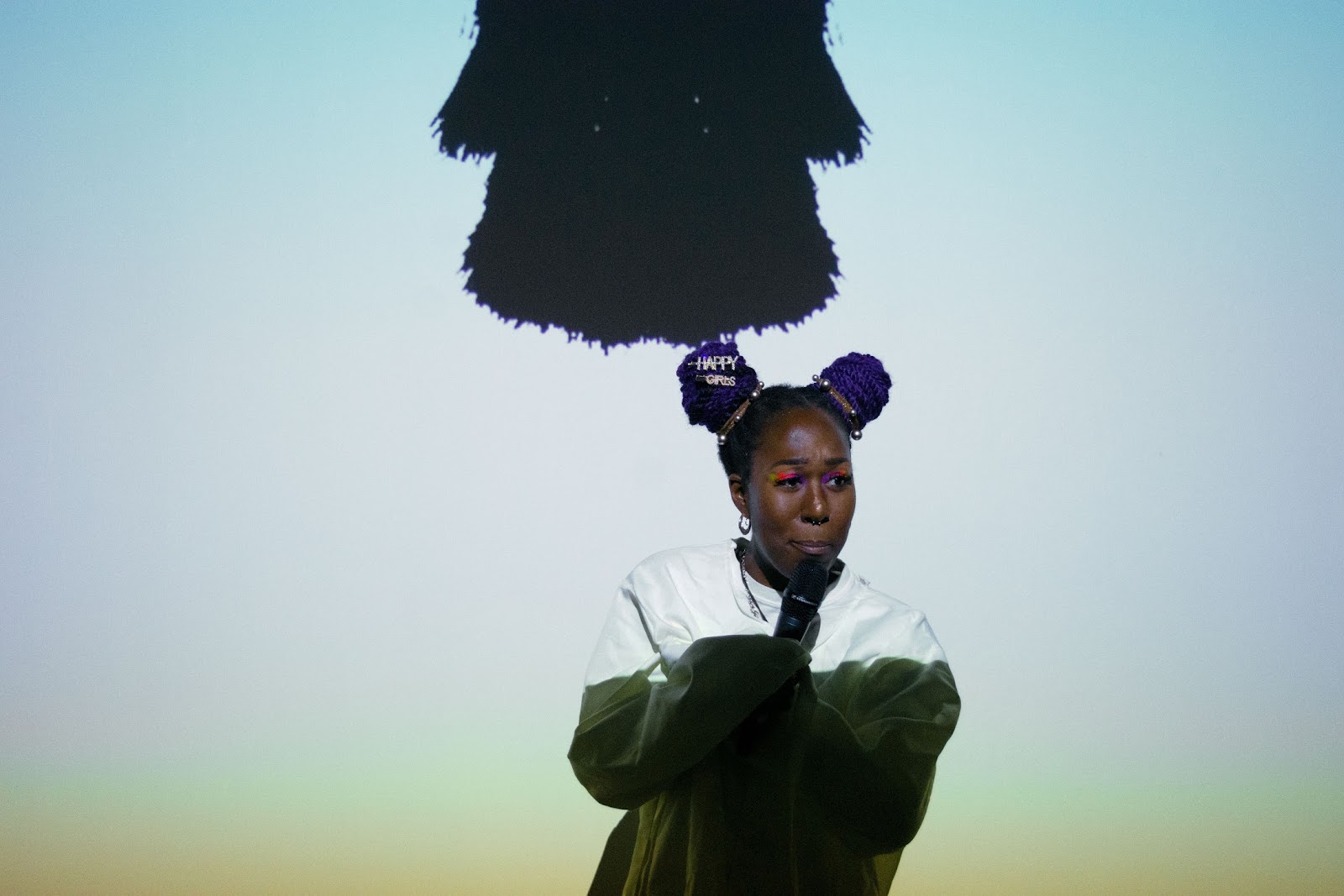 Vitamin Cea and Flowerchile demonstrated what it felt like to be in a space that's unfamiliar and uninviting, filled with uncertainty. Their theatrical performance left the audience wanting more and little did everyone know, the night had just begun.

The host, Imani Steven, served as a gallery guide, leading the audience to the next exhibit where we were greeted by the beautiful Neo Soul. 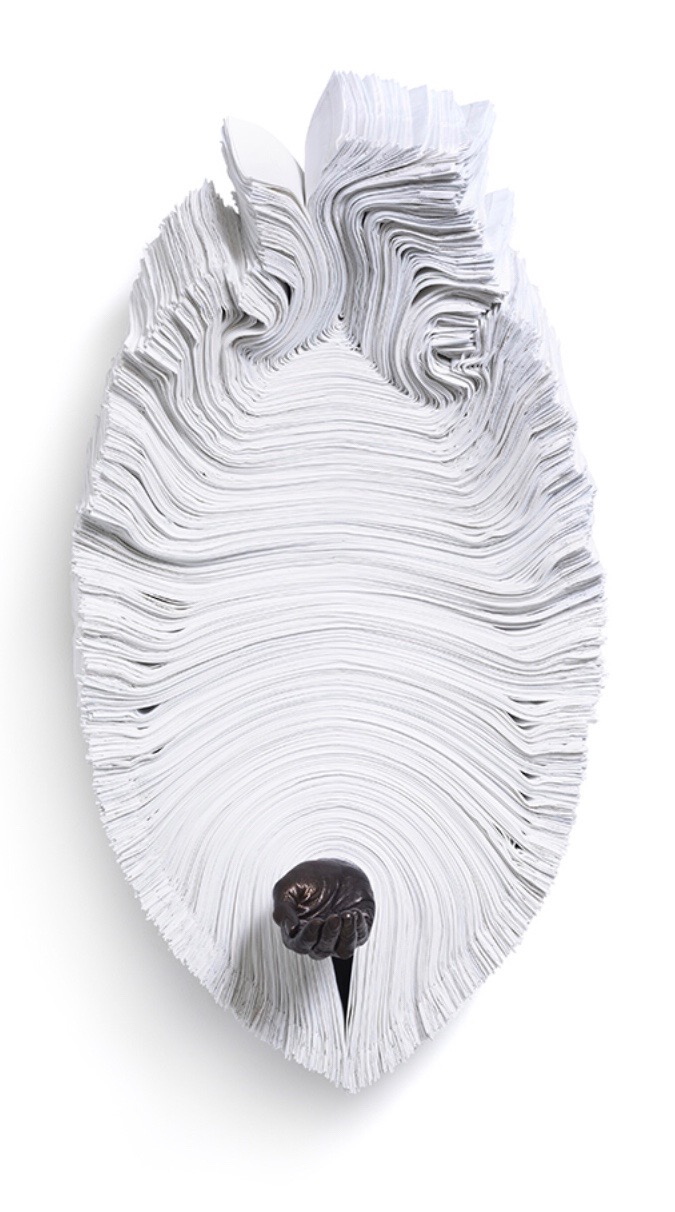 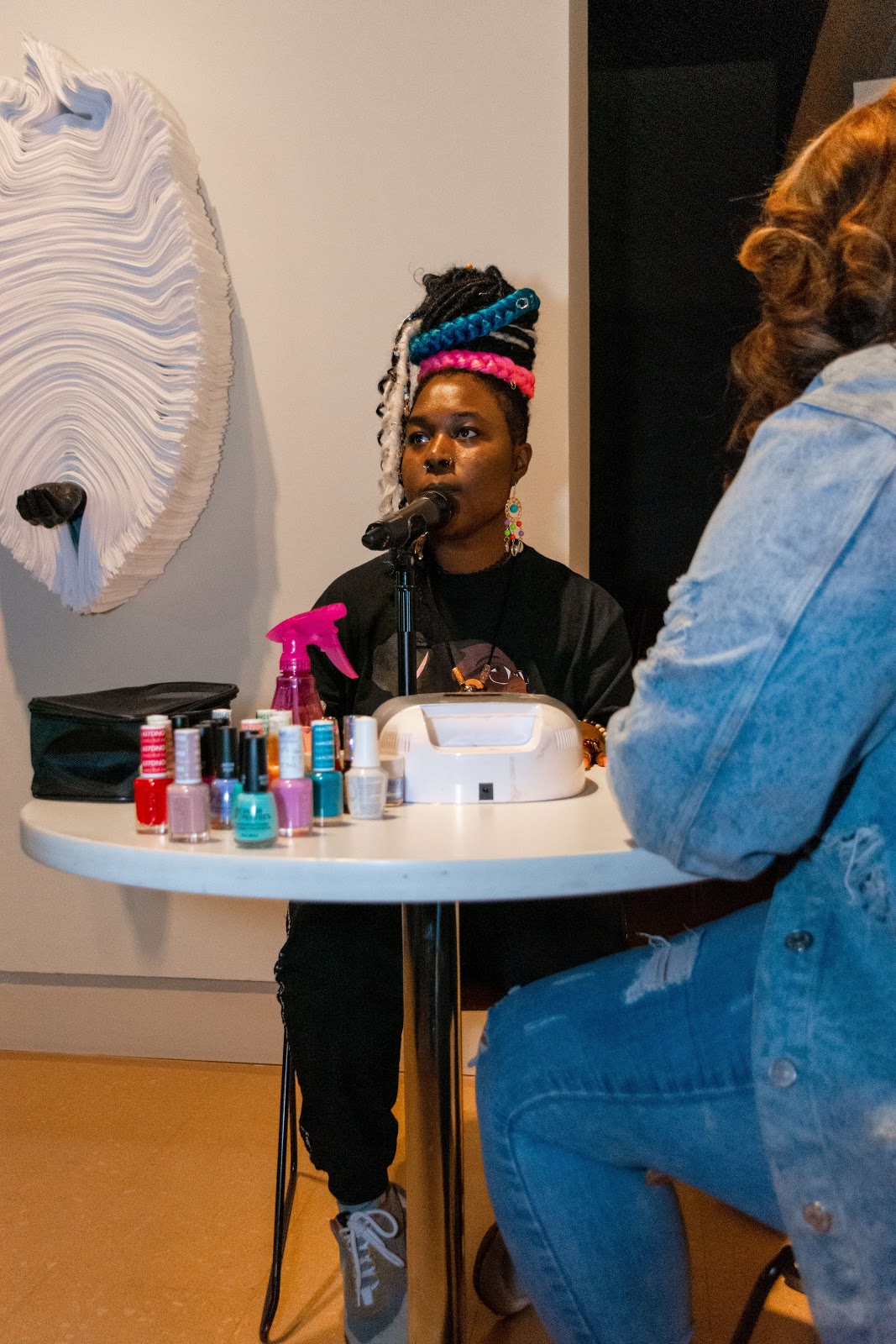 Cave’s mounted piece, Untitled, is cast bronze hands upholding a mountain of white towels in which Neo was inspired to write a groundbreaking piece... Soul’s words, “Those hands they show what God is, show what love look like” were dedicated to her grandmother and mothers all around the world.

She wanted the audience to know that service didn’t have to look like what history books portray. As she was reciting her poem, she was also being serviced by Jackson based nail tech Shatarian Gray. Ending her poem by saying, “Make sure my hands, be sturdy enough to hold keys, that unlock my people’s wildest dreams” and “that they look good while doing it!”

As we moved along in the museum, the message was clear. Mississippi minority artists are underrated, yet we are strong in numbers.

Soon after, we witnessed Jackson State poet, JT The Poet at Cave’s Wall Relief. This installment is a mixed media piece, made with ceramic birds, flowers, afghans, strung crystals, and gramophone. JT’s response felt just like church, accompanied by bass guitarist, Satty Mown (Saturday Morning) and pianist Demitri Hillard. She reminds us of our connection through generations, like the quilts used in Wall Relief. Poet’s words, “We make beautiful quilts, needles that thread together our past to our future... Like quilted sheets, we too are ancestral artifacts, we too have been pieced together” rang loudly within us all. 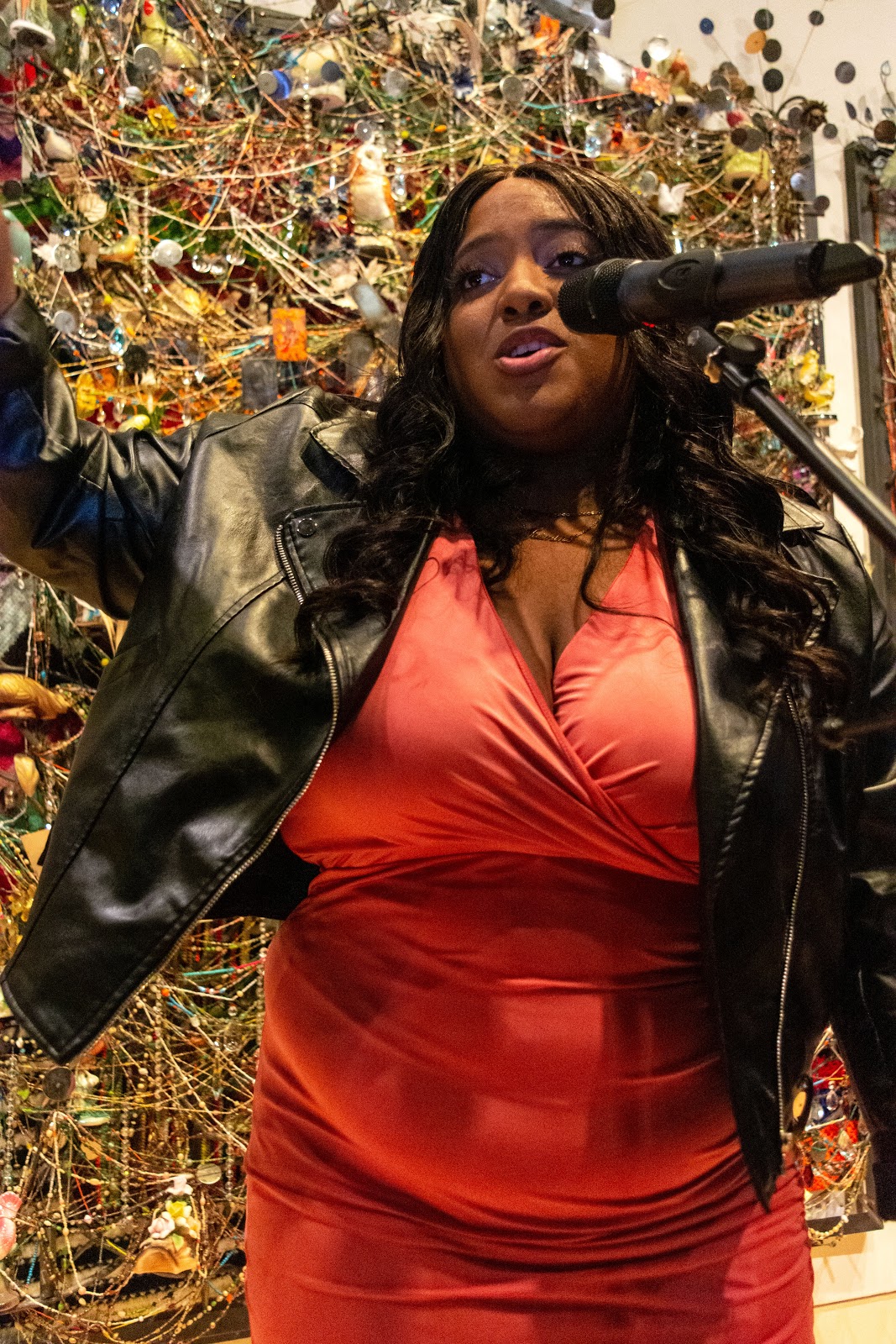 Following, was another theatrical/musical lead performance by Dre Dys and Devmaccc, both Jackson State students and heavy-hitting MC’s. Their performance occurred at Cave’s installment Hustle Coat, a backdrop with a black suit jacket filled with gold chains and watches. Their performances spoke directly to young black men. Devmaccc portraying a concerned businessman trying to encourage Dre’ Dys to reconsider his lifestyle of hustling to fully pursue his dreams. 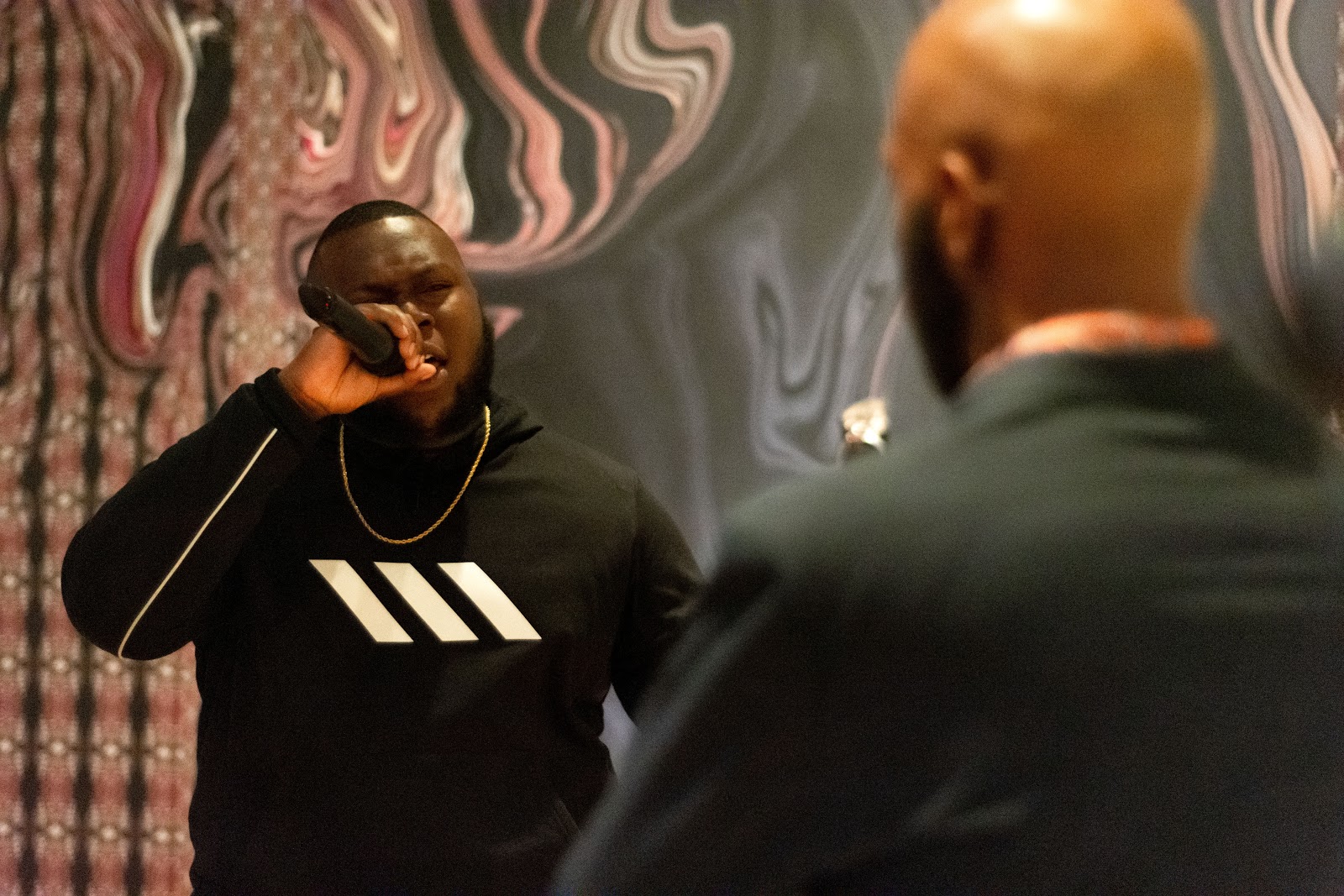 Although the conversation was needed, Dre Dys gave Devmaccc a lot of pushback, both men expressing dialogue through rhymes, talked about racial inequality, injustice and navigating through life as an African American man. 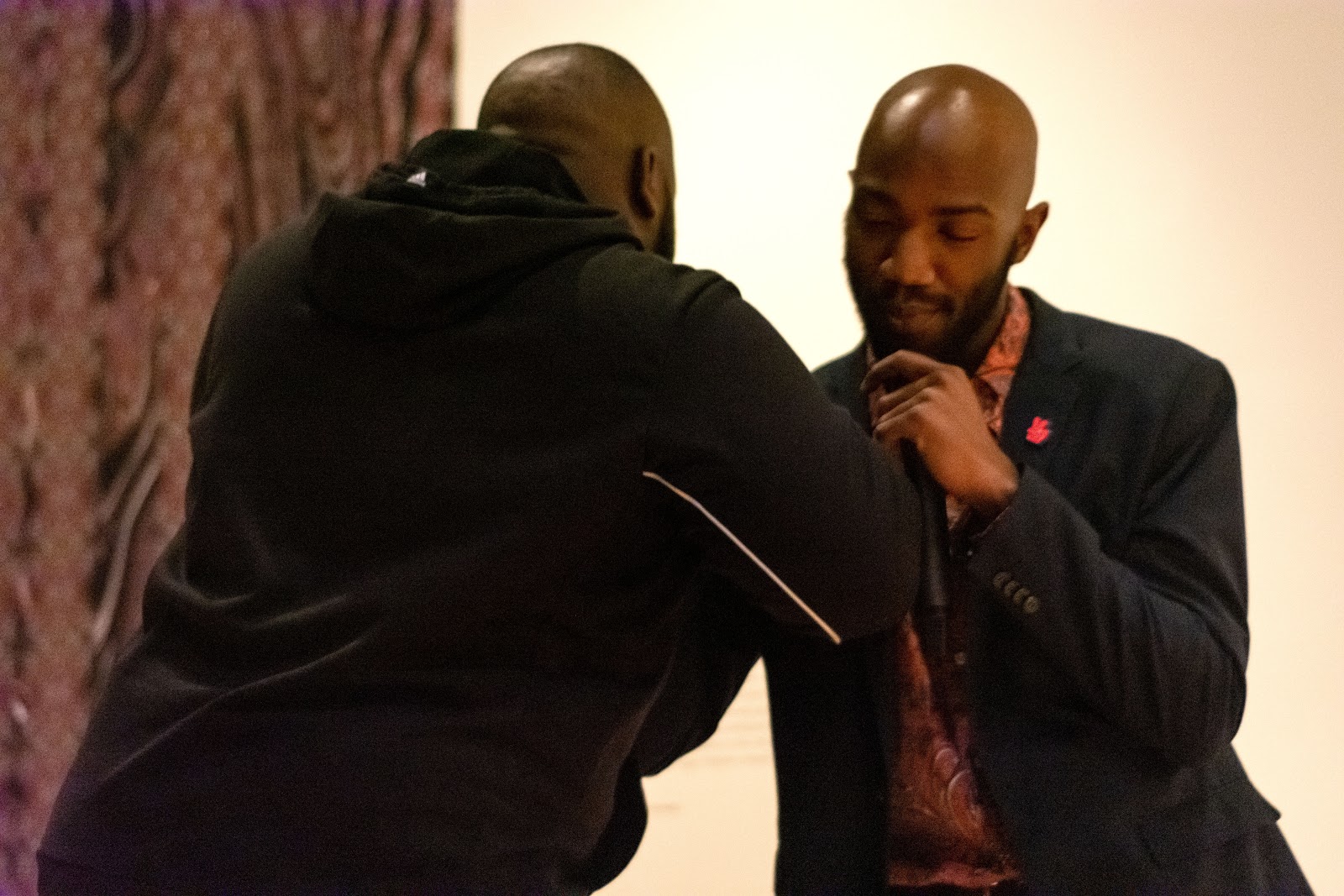 As we moved along to Cave’s next installment, we were greeted by D. Horton. He’s usually rapping but surprisingly, we got to see him in a different light. D. Horton never needs a piece of paper to spit bars so we all knew something was up. This time he took a more intimate route and shared an original poem, with his own installment of what he calls “The God Box.” 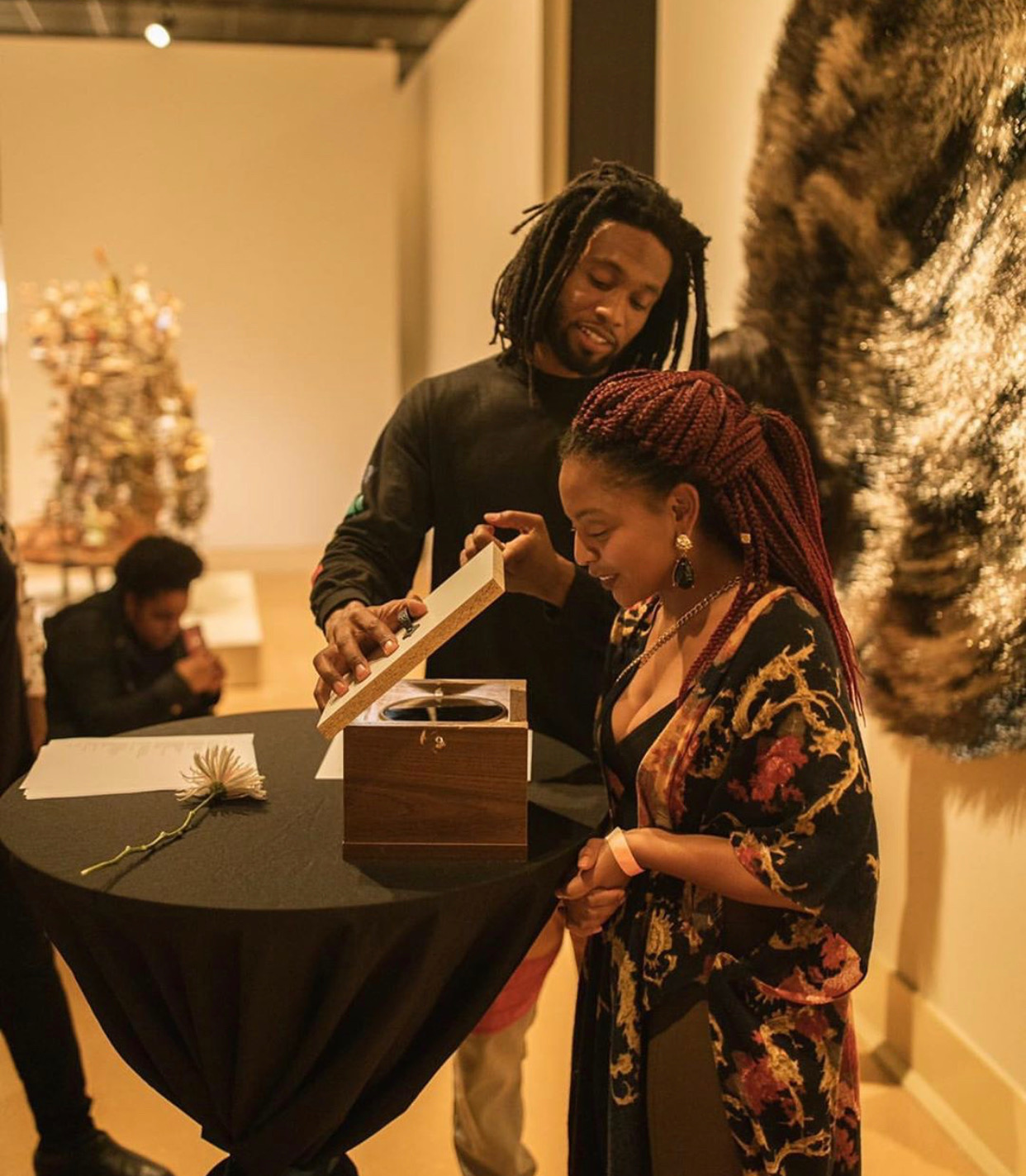 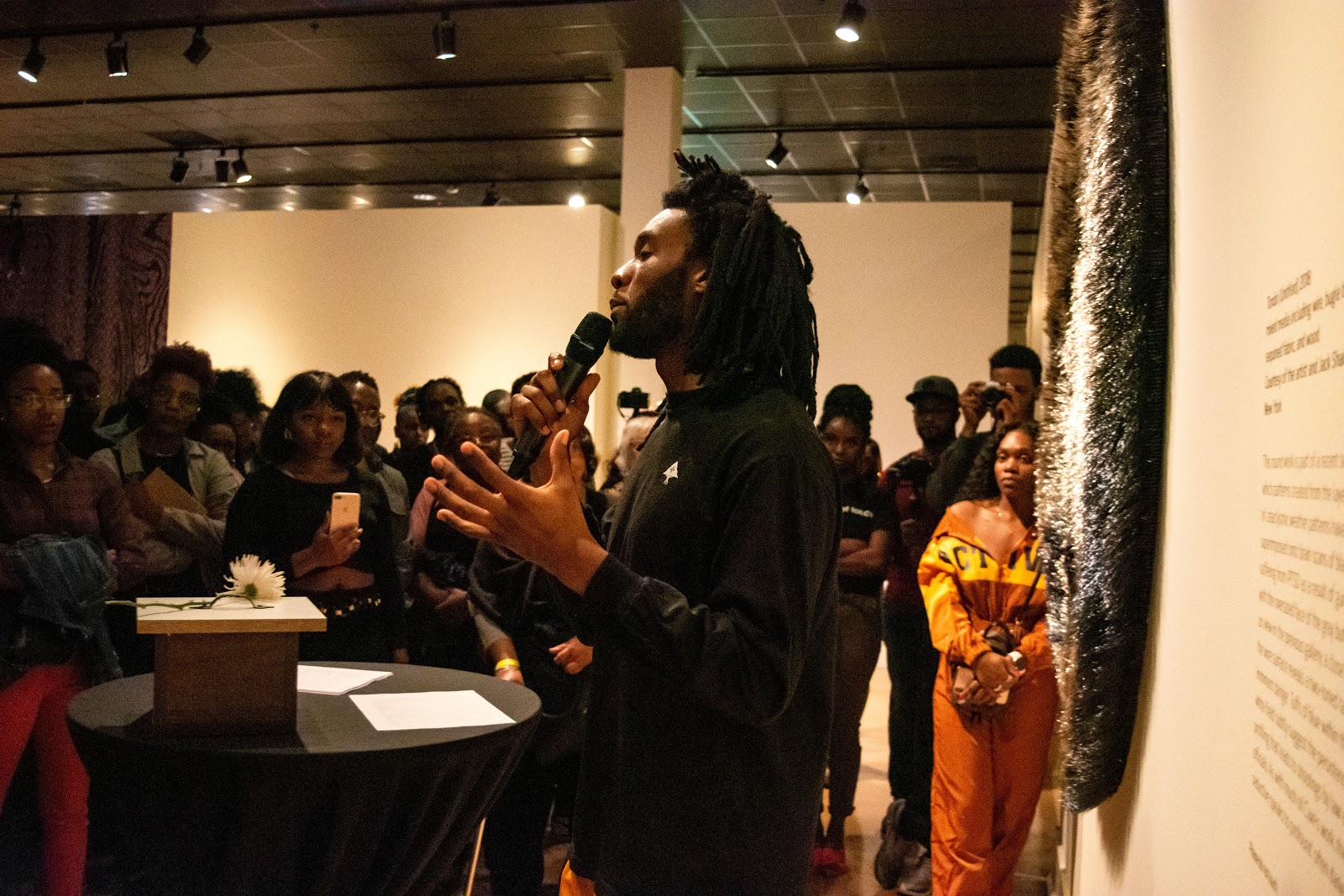 MC D. Horton gave a deep analysis of Cave’s installment Tondo, a round work created from wires and layered weather patterns superimposed onto brain scans of black youth suffering from PTSD as a result of gun violence. He states “I am the solution to the fire. I am the question’s answer.” D. Horton urged the audience to dig deeper and know that the answer to all problems is within. I think it’s safe to say we can add “educator” to his resume.

At this point, it was evident to everyone that attended the event, that the Mississippi Renaissance was alive and well. What better way to demonstrate this than through dance? Amia Boggess, Jalen McArthur, Trevor Hunter, Denarius Branson, Tyrell Powe, Idrice Alston performed different types of dance such as Majorette, Tap, Crump, Pop, Freestyle and Hip Hop. 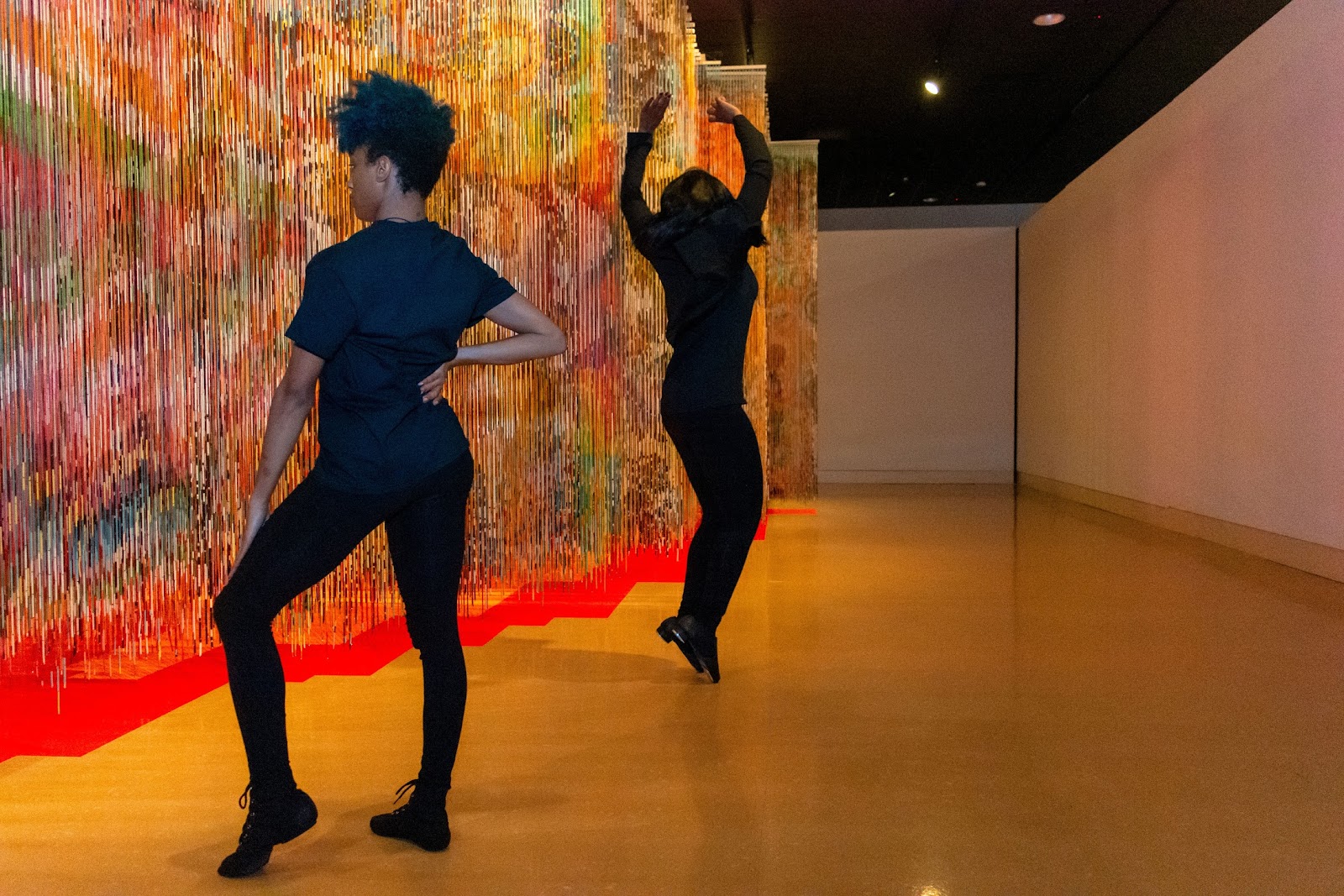 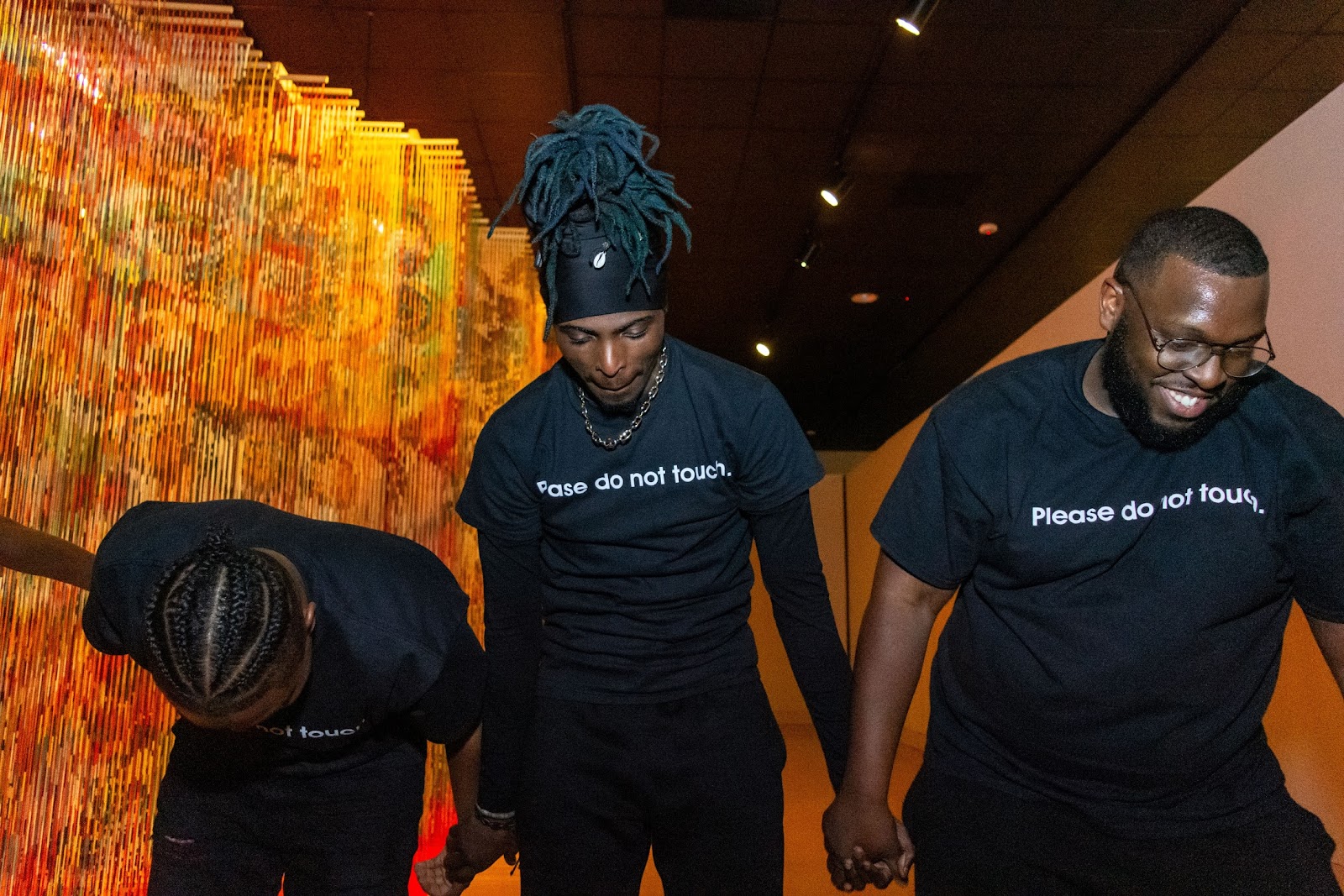 Artist Nick Cave made a digital appearance to give his feedback of Beyond The Cave, exclaiming, “Everything looked sooooooo goood!”. He reiterated parts of the showcase that resonated deeply with him and expressed how important it's for the museums to keep pushing forward to be more diverse and inclusive. Leaving the audience with a message, “YOU make the museum better, we need you there.”

To top it off, attendees got the once in a lifetime opportunity to party throughout the museum at a silent party curated by Jxn Indie Music Week. Black people were soul train dancing through a Mississippi museum. Our ancestors' wildest dreams.

Everyone’s performances served as a reminder that Mississippi is the birthplace of legends, it molds you into a warrior; if you embrace the struggle gracefully. The night was dedicated to showing everyone that we are all masterpieces in our own right and are worthy of occupying space, even when others don’t understand the art. We are so appreciative of Nick Cave and his artistry. To believe in 'Sipp Talk is to believe in Mississippi and that will never go unnoticed.

Remember Please Do Not Touch. 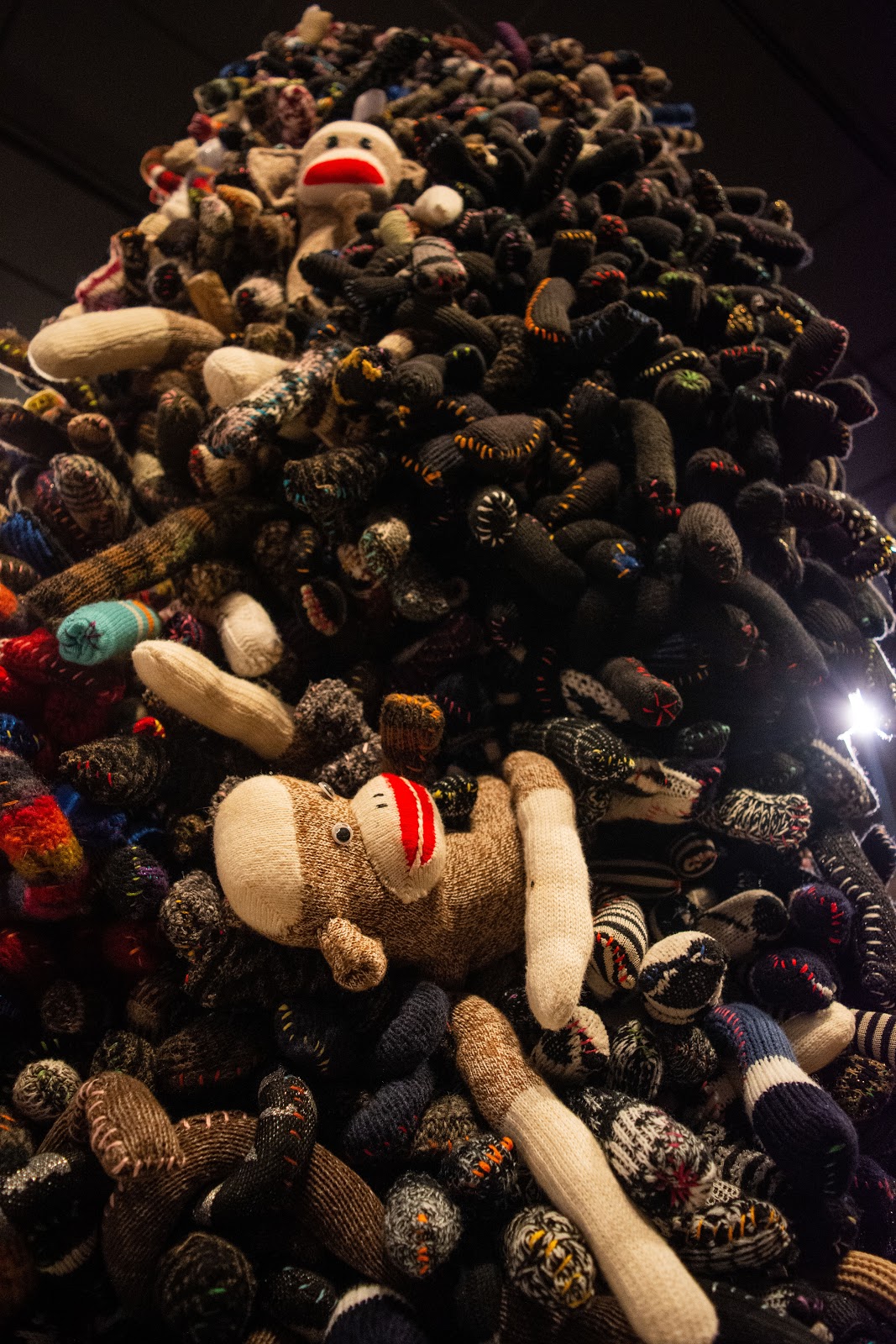 Watch the video below:

"Phoenix" by Bird: A Music Review