Vernon Dahmer Returns Home: 'Sipp Talks With the Artist Behind the Sculpture

A statue memorializing slain civil rights activist Vernon Dahmer was unveiled January 6th, a Monday morning to be exact, in downtown Hattiesburg. We caught up with the artist behind the piece to get an exclusive on how the idea first came about and what it felt like to make such a major contribution to the city. 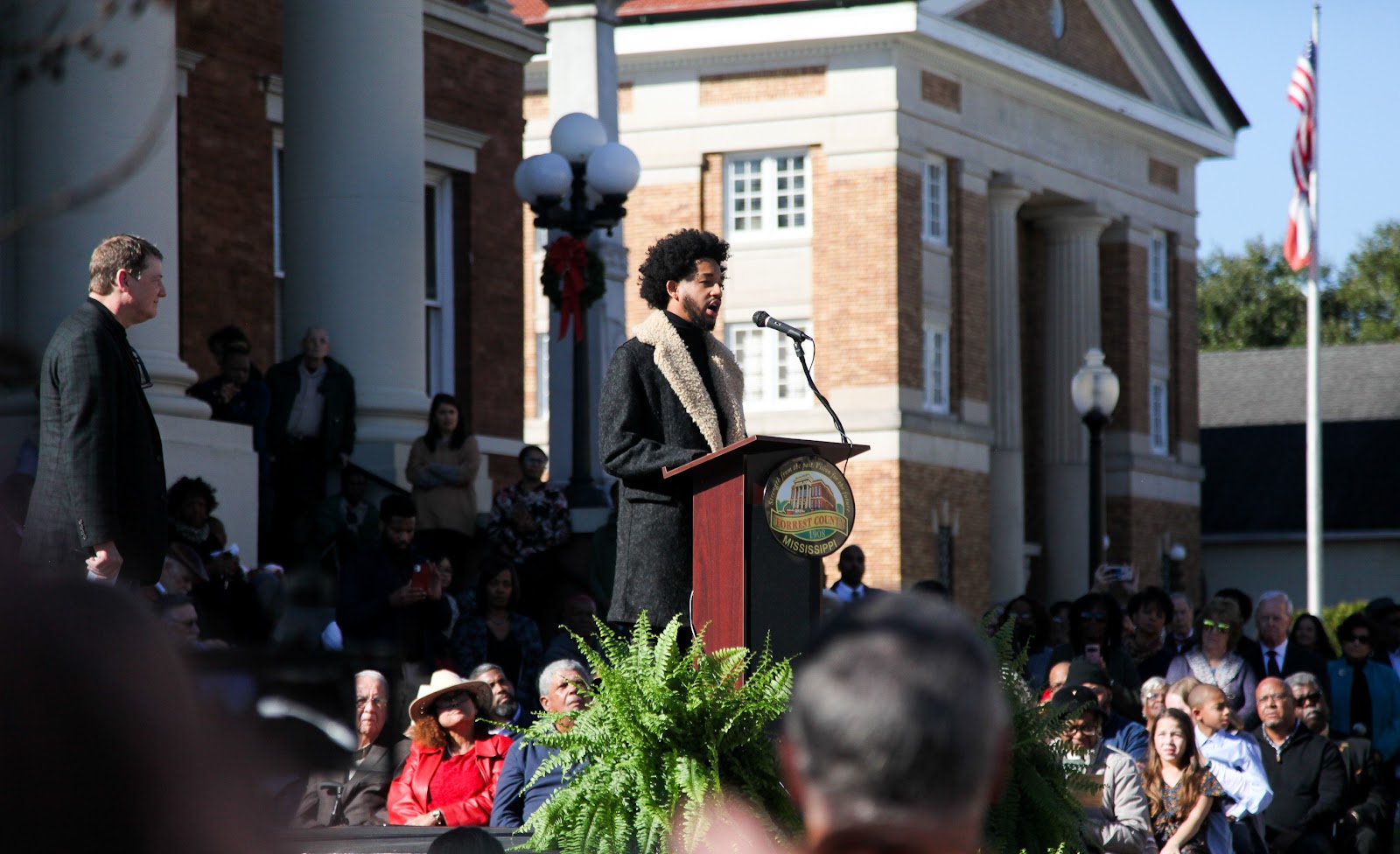 Jasmine: Who approached you about doing the sculpture?

Vixon Sullivan: I was contacted by the board of supervisors. So essentially, the county.

J: How long has the process been going on?

V: We worked on this from July to November of last year. They originally contacted me that

J: Who all was apart of creating this?

V: Me and Ben Watts.

….Mrs. Dahmer came up with the little detail of the “V” on the buttons 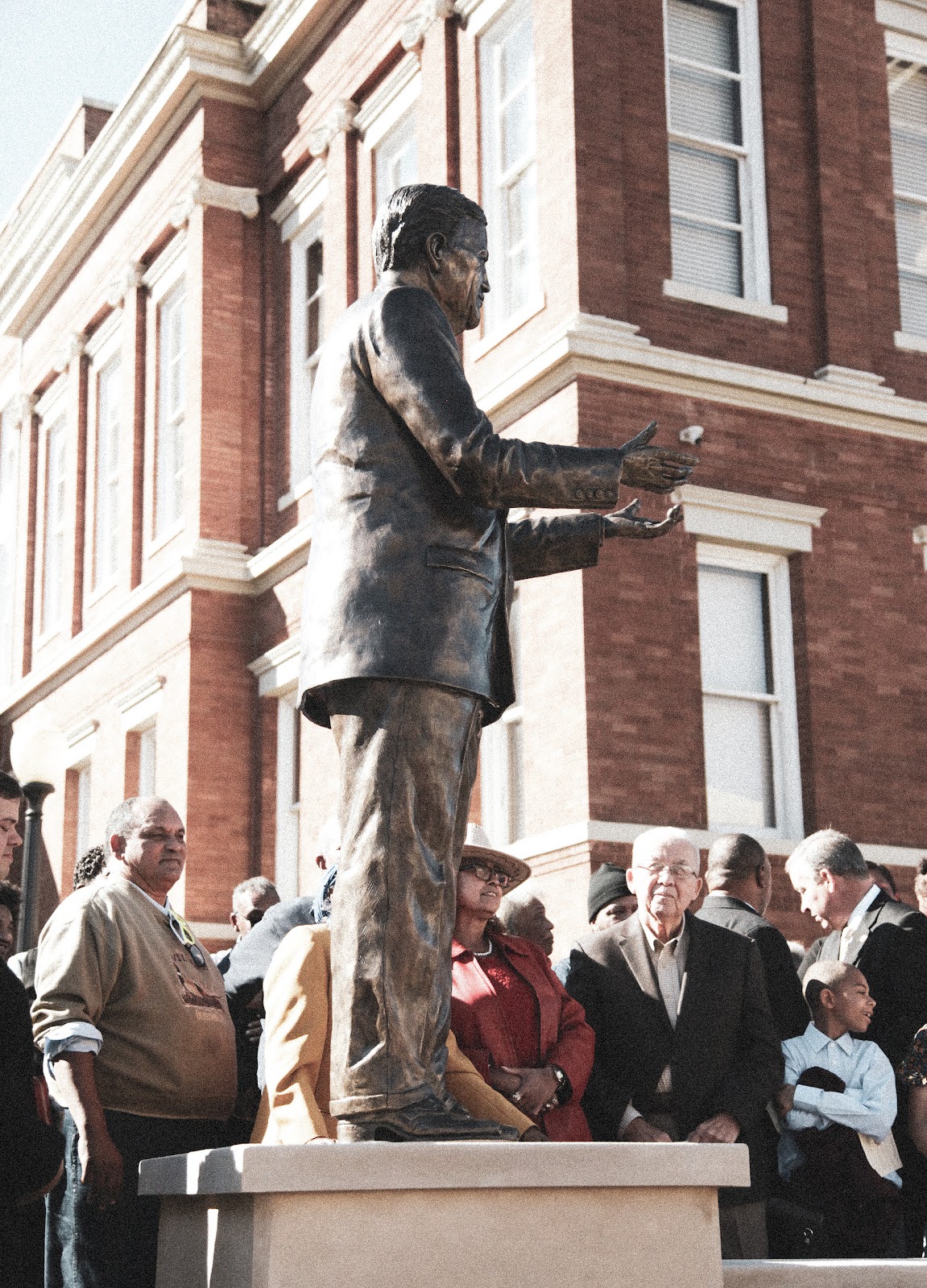 J: What does this sculpture mean to you?

V: For me, my first thoughts are: “What would it be like to live in that time?” What would be

my privileges, where would I stand in the fight. So for me, this is my way of contributing to that. Since I wasn’t there at that time, this gives me that opportunity to spread that knowledge to immortalize his image and his contributions. I’m just a part of what was supposed to happen. It’s an honor.

J: Where will the sculpture be placed?

V: Downtown Hattiesburg in front of the district attorney’s office.

J: What do you think it means to the city of Hattiesburg?

V: I think it’s just a step in the right direction. Every city has its unique stories and people. I think the more we recognize our local public servants and community leaders, the more we can encourage our people to become public servants & community leaders. It means a great deal to the city by reporting the good things that happen, even though it was a tragedy as well.

...it’s not just a local impact, this is national history. This affected the entire United States.

V: It just brings us closer to what it means to be an American, period. Less than 60 years removed from the situation.

Dahmer, a Forrest County native, is known because of his work to register minorities to vote. As a result of this, Dahmer became a target of the Ku Klux Klan. He was killed in 1966 when Klansmen firebombed his home in Forrest County. His wife and children were able to escape the blaze.

Dahmer’s dedication to voting rights is memorialized on a wall near his statue. With a famous quote from Dahmer etched into the stone, “If you don’t vote, you don’t count.” 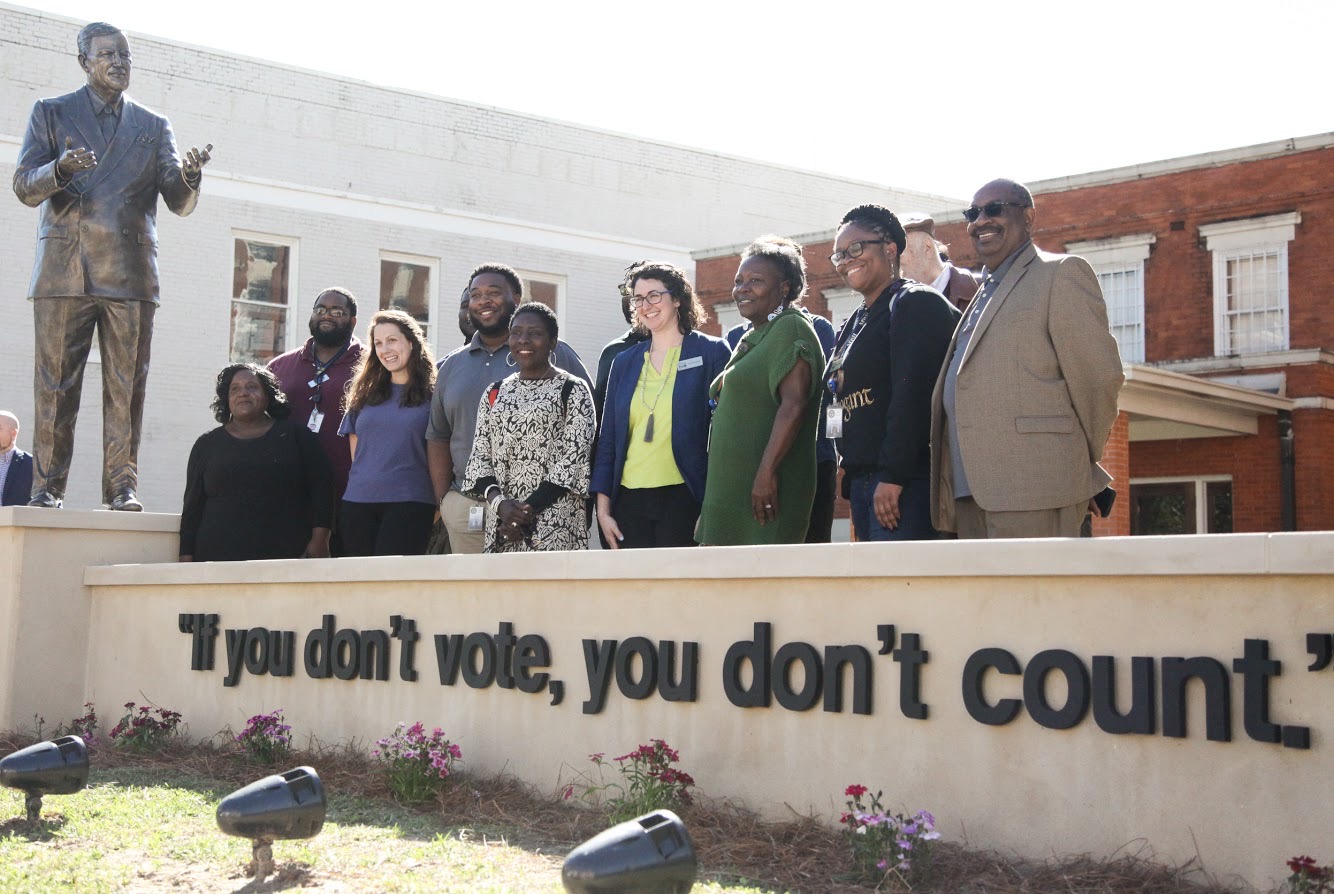